What Is Bitcoin and How Does It Work In 2022

Bitcoin is a decentralised digital currency that may be transferred between two people without the involvement of a third party such as a bank or other financial organisation.

According to Satoshi Nakamoto, the anonymous creator of Bitcoin, Bitcoin is “a totally peer-to-peer form of electronic currency that would allow internet payments to be transmitted directly from one party to another without passing through a banking institution.”

To comprehend Bitcoin, one must first comprehend its basic structure, the method in which it operates, and the extent to which it is used in India.

What is Bitcoin and How Does It Work? 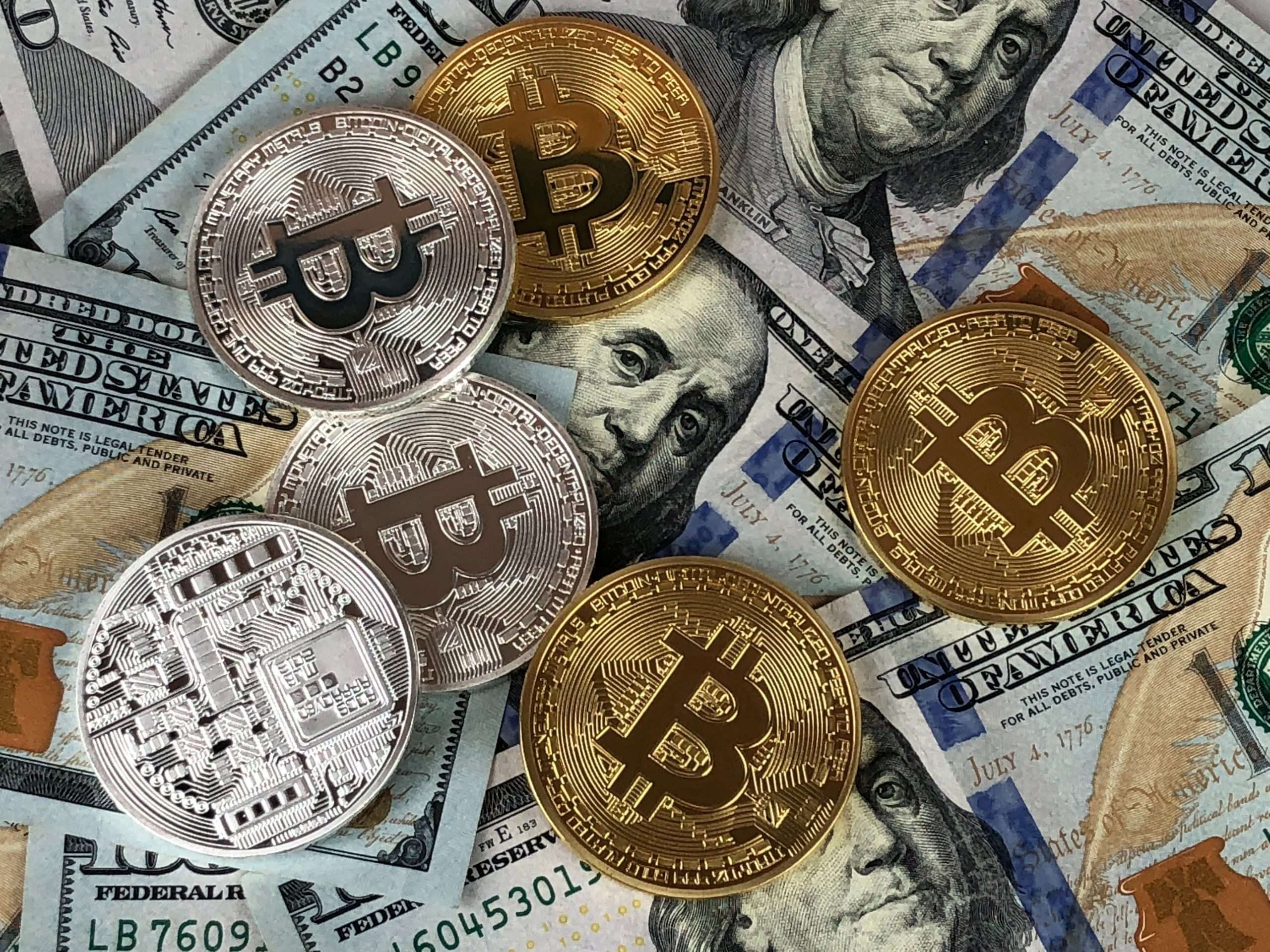 With the aid of its underlying technology, blockchain, Bitcoin is able to eliminate intermediaries.

If you need to send money to someone right now, one option is to give them cash, or you may utilise a reputable middleman (example, a bank). Both techniques, whether actual currency (guaranteed by the country’s central bank) or electronic transfer, need an intermediary (in the later case, a bank or another financial institution). There are transaction expenses when intermediaries are engaged.

By replacing the confidence that middlemen bring to the table with cryptographic evidence using CPU processing power, blockchain technology aids in the removal of intermediaries.

Bitcoin contains this cryptographic trust in the form of a wallet, a public key, and a private key.

By downloading the Bitcoin application, anybody may build a Bitcoin wallet for free. A public key and a private key are stored in each wallet.

The public key functions similarly to an address or account number, allowing anybody to receive Bitcoins.

A private key functions similarly to a digital signature in that it allows a person to transmit Bitcoins. The term implies that private keys should be kept and known only by the owner, but public keys can be shared with anybody for the purpose of receiving Bitcoins. You may have heard of Bitcoins being lost in the press owing to a private key not being available or being taken by hackers.

The owners of Bitcoin addresses aren’t revealed, but all transactions on the blockchain are open to the public.

Every transaction that has occurred since the creation of Bitcoin in 2009 has been recorded in a ledger that is regarded immutable, non-tamperable, and irreversible.

Bitcoin transactions are confirmed using cryptography by telecommunication network nodes and then stored in a decentralised distributed ledger known as blockchain. This is one of the features that distinguishes Bitcoin from other crypto assets, which require all transactions to be routed or approved through a centralised exchange (similar to a stock market).

How Is Bitcoin Mining Conducted? 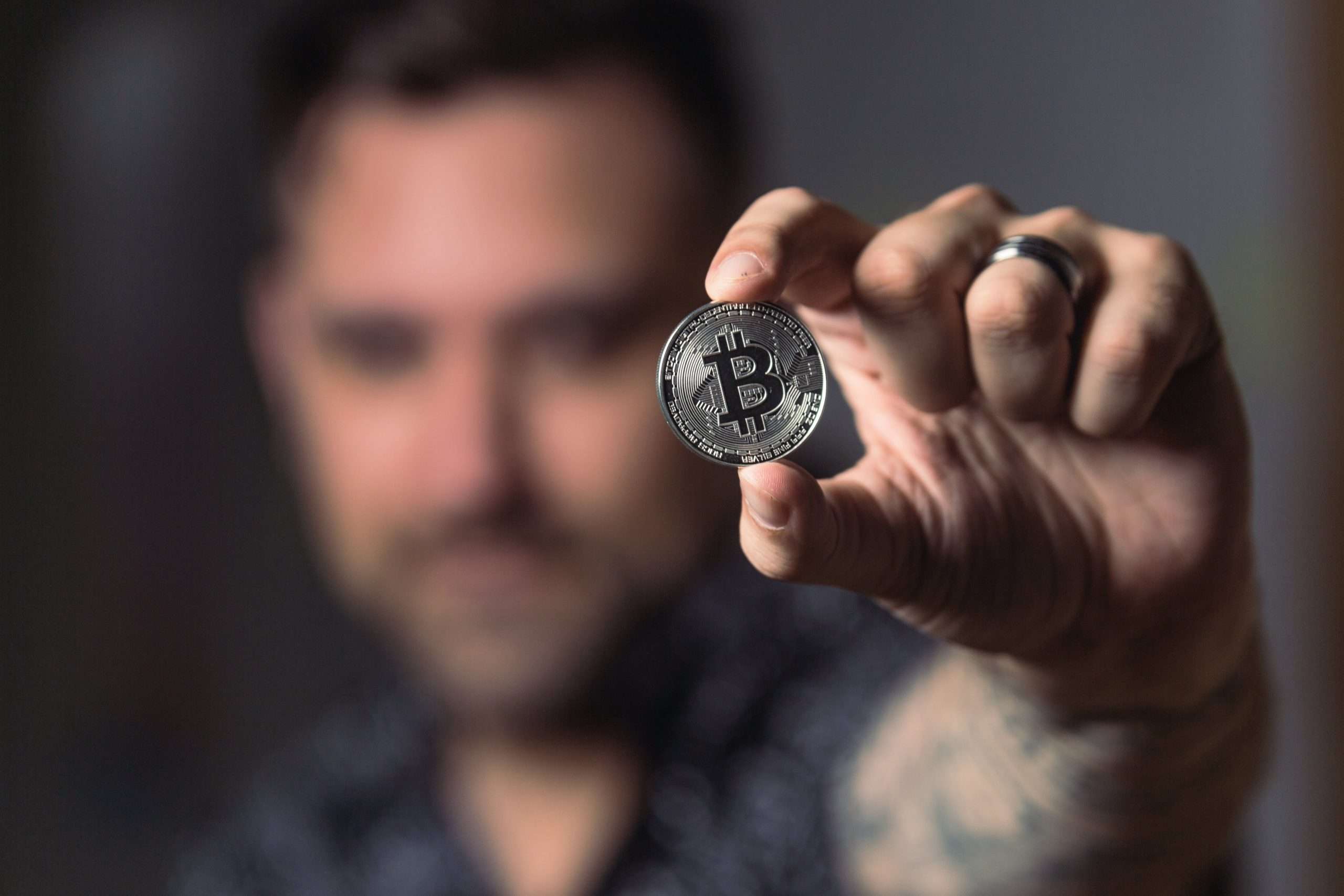 Within the Bitcoin ecosystem, there is a network of miners that process transactions using their CPUs.

The programme is constructed in such a way that the ledger or blockchain is updated automatically.

According to the initial Bitcoin whitepaper, the likelihood of hackers interfering with the blockchain is near-zero owing to the copy of the updated ledger that each miner holds. If someone attempts to tamper with or hack the ledger in any way in order to gain an unfair advantage, the miner is instantly declared invalid and is unable to execute transactions until they have a copy of the untampered ledger.

Is Bitcoin a Real Currency? 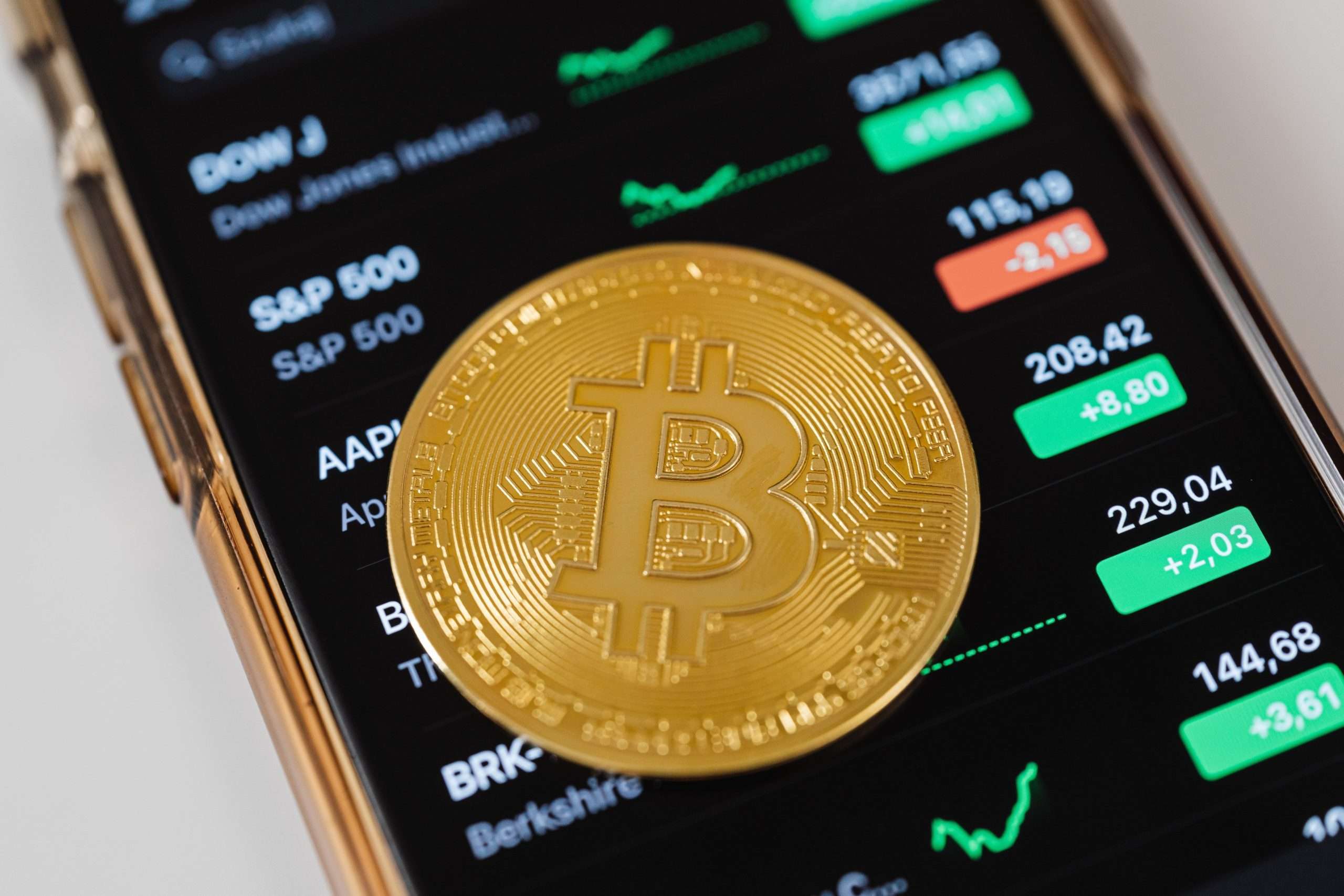 It is questionable if Bitcoin is a currency at all, or why any government would desire to replace it with its existing currency, given that Bitcoin has no fundamental value.

A currency is defined as “a system of money that is widely accepted or used in a specific country” or “the fact or attribute of being widely accepted or used.” While the number of businesses accepting Bitcoin as a way of payment is increasing, no major country or economy has embraced it as a form of money in public usage. El Salvador is an exception, having recognised Bitcoin as legal money in September 2021, making it the first country to do so.

One of the primary reasons for Bitcoin’s amazing evolution is the tightening of banks’ and financial institutions’ know your customer (KYC) and anti-money laundering (AML) rules. There is now a lot stronger cross-border flow of information regarding financial activities across nations.

As a result, it is alleged that Bitcoins are commonly utilised as a substitute for transactions that would be illegal in various nations.

Another critical component is Bitcoin’s acceptance as a worldwide payment system that is not tied to any single country’s currency and so is unaffected by domestic events. 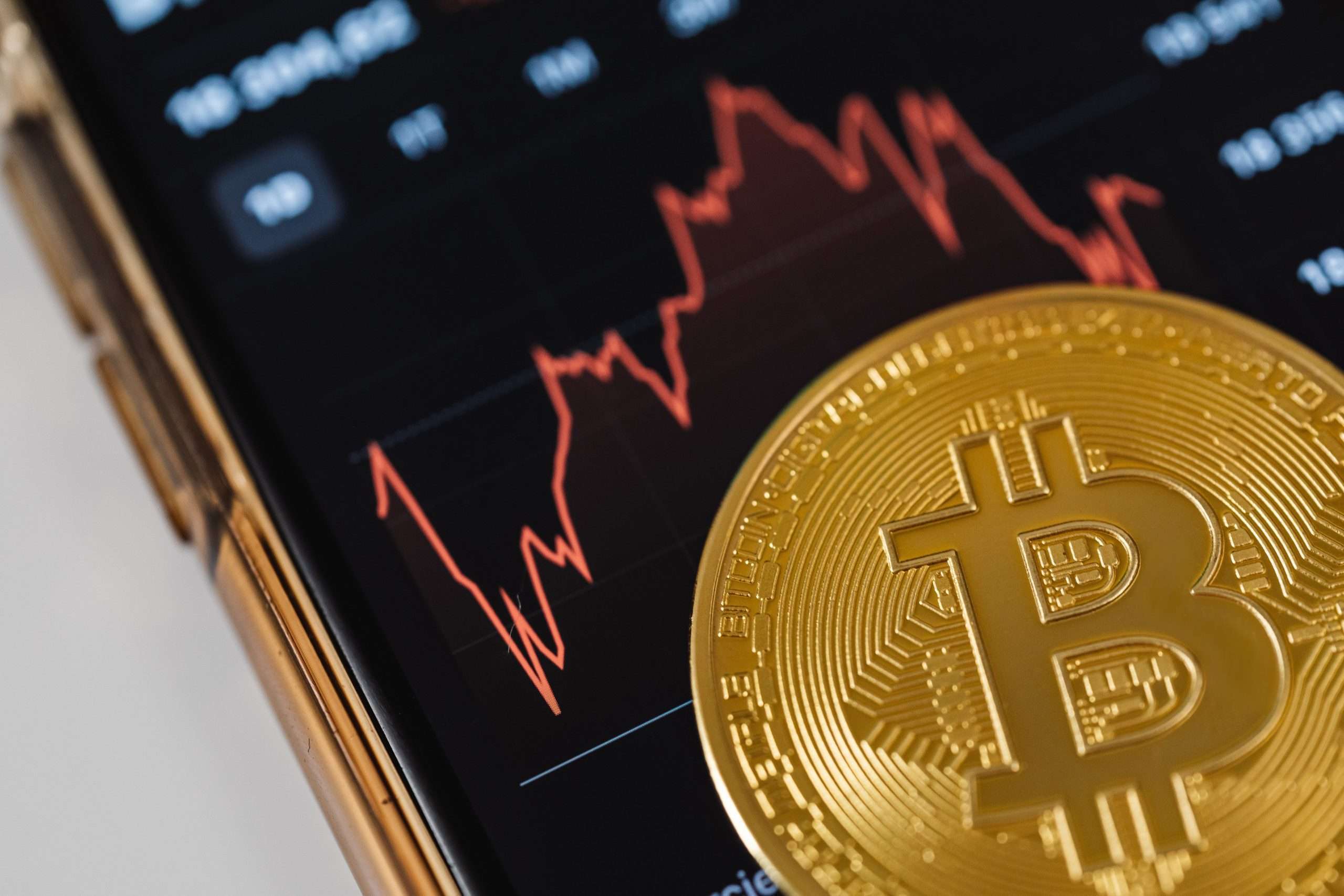 Since then, India’s Finance Minister has declared unequivocally that “taxing cryptocurrencies does not imply their legalisation.” This means that the government is currently weighing all of the variables relating to cryptocurrencies and that it is premature to reach any conclusions on their legality.

In India, Bitcoin is taxed.

While India has not stated its position on the legality of Bitcoin investing, the newly published Budget 2022, also known as Finance Bill 2022, aims to establish a framework for taxing virtual digital assets. Once the Finance Bill is enacted into law, the framework will take effect for the Financial Year 2022-2023.

According to the Budget 2022 plan, profits on Bitcoin transfers would be taxed at a rate of 30%.

The Government has proposed amending the Revenue Tax Act, 1961 (‘the IT Act’) to include a new section 115BBH to tax income derived from the transfer of virtual digital assets. According to the stated clause, if total income includes revenue from the transfer of virtual digital assets, the said income is taxed at a rate of 30%, which is increased by any appropriate surcharge rate and a health and education cess.

According to Section 2 (47) of the IT Act, virtual digital assets are any information, code, number, or token (that is not Indian currency or foreign currency), generated through cryptographic means or otherwise, and referred to by any name, that provides a digital representation of value exchanged with or without consideration, with or without the promise or representation of having inherent value or functions as a store of value or unit of account, including its use in any financial transaction.

Thus, the term “virtual digital assets” is fairly broad in scope, encompassing all types of cryptocurrencies, including Bitcoin.

As a result, it is reasonable to assume that any gains arising from the transfer of Bitcoins would be taxed at a rate of 30% (plus any relevant surcharge or health and education cess), resulting in an effective tax rate of 31.2 percent to 42.7 percent.

Eligibility to claim a deduction for expenditures on Bitcoin purchase 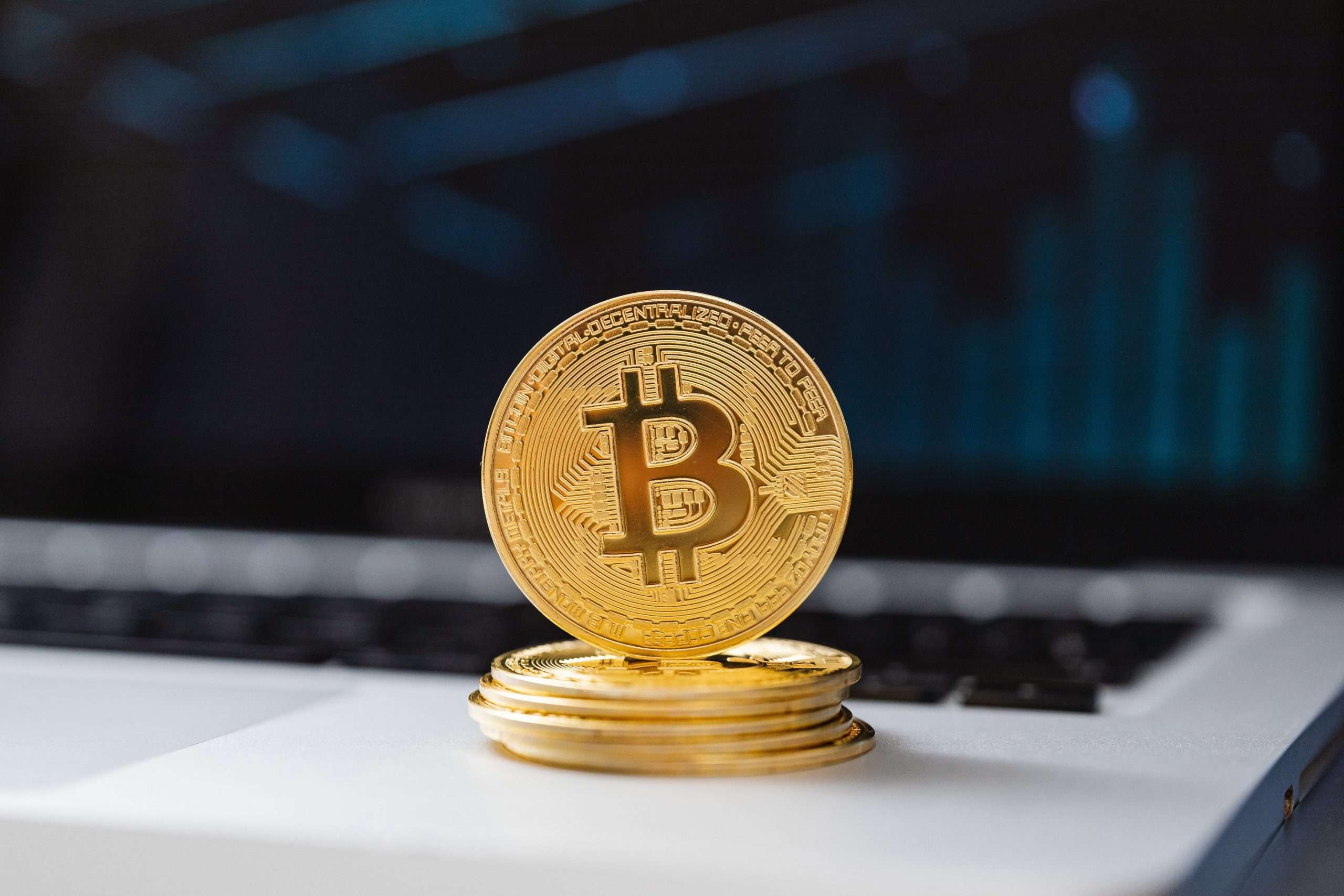 The proposed regulations specify expressly that no deduction for expenditure (other from purchase costs) spent by the assessee in regard to such digital assets would be permitted for computing profits on their transfer. Simply put, only the cost of purchasing digital assets, such as Bitcoin, will be deductible.

If an individual earns a Bitcoin by mining, the same may be considered self-generated capital assets. However, Section 55 of the IT Act, which governs the computation of the cost of acquisition of self-generated assets, does not expressly provide a mechanism for computing the cost of purchase of cryptocurrencies.

Thus, clarity about the calculation of the purchase cost of Bitcoins gained from mining is essential.

Additionally, if a person receives a Bitcoin as a gift, the receiver will be taxed in India, and the definition of “property” in Section 56(2)(x) has been changed to encompass virtual digital assets. Additionally, the rule prohibits the taxpayer or investor from deducting the loss from the transfer of virtual digital assets from any other revenue. 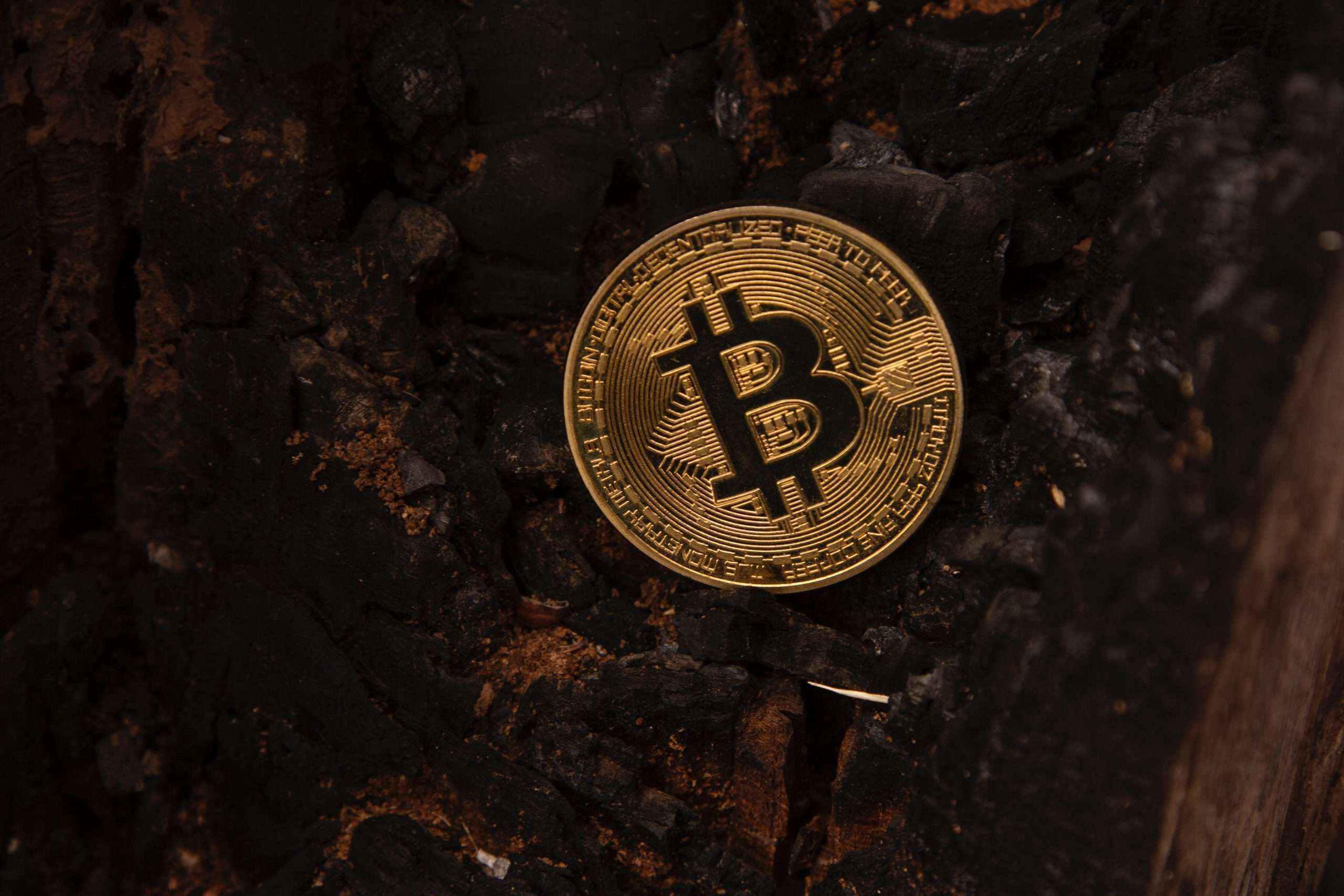 Additionally, Budget 2022 suggested imposing withholding tax on transfers of virtual digital assets pursuant to Section 194S of the Information Technology Act. As a result, from July 1, 2022, any person responsible for paying a resident any money in exchange for the transfer of a virtual digital asset, such as Bitcoin, would deduct a 1% source tax at the moment the sum is credited to the resident’s account or at the time of payment, whichever is sooner.

Such withholding would be limited in the following ways:

There is little clarification on how virtual digital assets transferred prior to April 1, 2022 would be taxed.

The laws governing the taxation of virtual digital assets (excluding TDS) are intended to take effect on April 1, 2022, i.e. for the Financial Year 2022-23 and subsequent years. However, there is no clarification about the taxation of crypto assets that taxpayers transfer, sell, or give prior to the fiscal year 2021-22.

Numerous taxpayers have considered Bitcoins as an asset and classified the capital gain as short term or long term (with indexation advantage), depending on the holding duration, and paid tax at the concessional or standard slab rates, as applicable.

What Happens If I Make a Bitcoin Investment in India?

While there is much ambiguity and volatility around the price of Bitcoin and its legality in India, there is little doubt that blockchain technology has the potential to revolutionise the way transactions are paid.

If you are considering investing in Bitcoin, you should keep in mind that only individuals with a high tolerance for risk should contemplate investing a portion of their portfolio in Bitcoins. This is because of the negative price risk, the high tax on gains from the sale of Bitcoins in India, the possibility of exposure to goods and services tax (GST), and the uncertainty surrounding the legal status of Bitcoins in India.

There is no need to fear for investors who currently own Bitcoins, as even in the event of a regulatory prohibition, it is probable that transitional provisions for selling would be provided. Those who purchased Bitcoins and sold them but did not register the proceeds on their tax returns are required to do so.

Where Is the Best Way To Purchase Bitcoin?

How to get the correct crypto for day trading?