5 of the most gruesome surfer injured 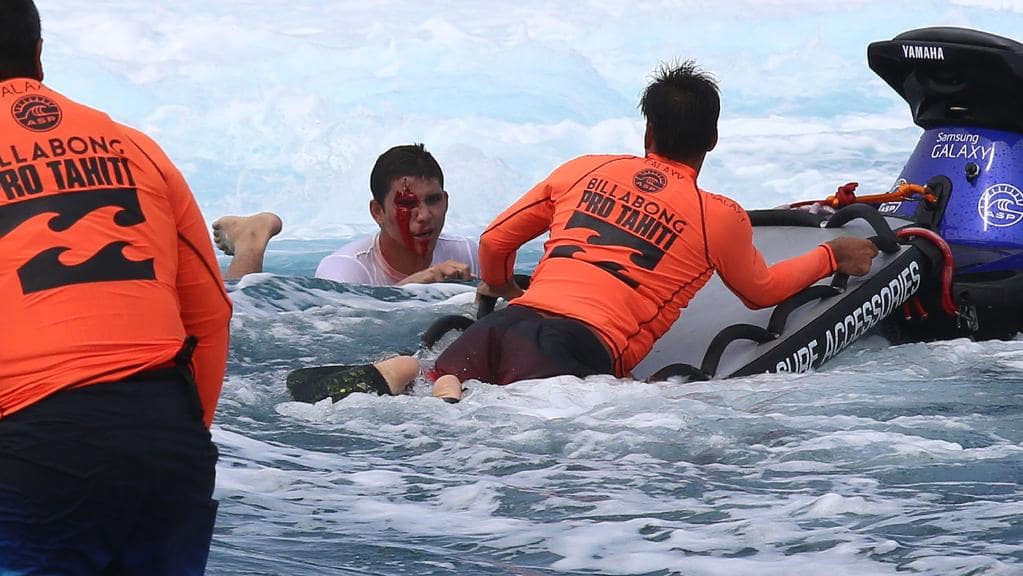 Surfing is full of razor-thin margins. Tyler Wright recently collided with a pool wall and chain fence, and big-wave surfer Mark Mathews received the cheese grating (above) at Ours in Sydney last week. While Mathews and Wright both escaped with minor injuries, other surfers have not always been so fortunate. (Not to minimize the seriousness of surfing injuries; some people tragically lose their lives.) Here are five of the most gruesome surfing injuries suffered by some of the sport’s most well-known figures. 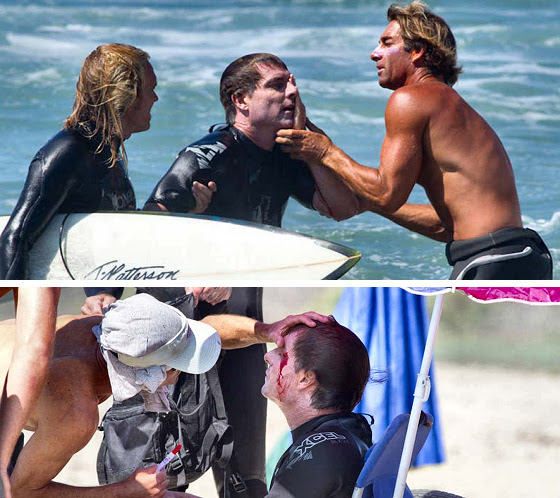 Mick Fanning’s whole hamstring muscle was pulled clean off the bone after a basic floater went catastrophically wrong on a boat excursion in Indonesia in 2009. The fun began after a three-day drive back home. Mick told Surfer after the procedure, “They slit the rear of your arse open and peel it back.” “Then they drill into your arse bone and insert something like a grappling hook.” The hook is so powerful that the doctor claimed he was pulling me off the table with it alone. The ligament is then sewn to the grappling hook.” Fanning had been out of the water for six months before returning to win his maiden race.

The sushi foot of Joel Parkinson

After this accident in 2011, Joel Parkinson remarked, “I simply drew into a barrel and was taken out by the foam ball, and immediately away I felt the board strike me.” “I realized it was a major cut right away.” When I first came in, I didn’t want to look at it because I knew it wouldn’t be nice.” He was correct; he had nearly severed his entire heel and would not be able to surf for another five months. 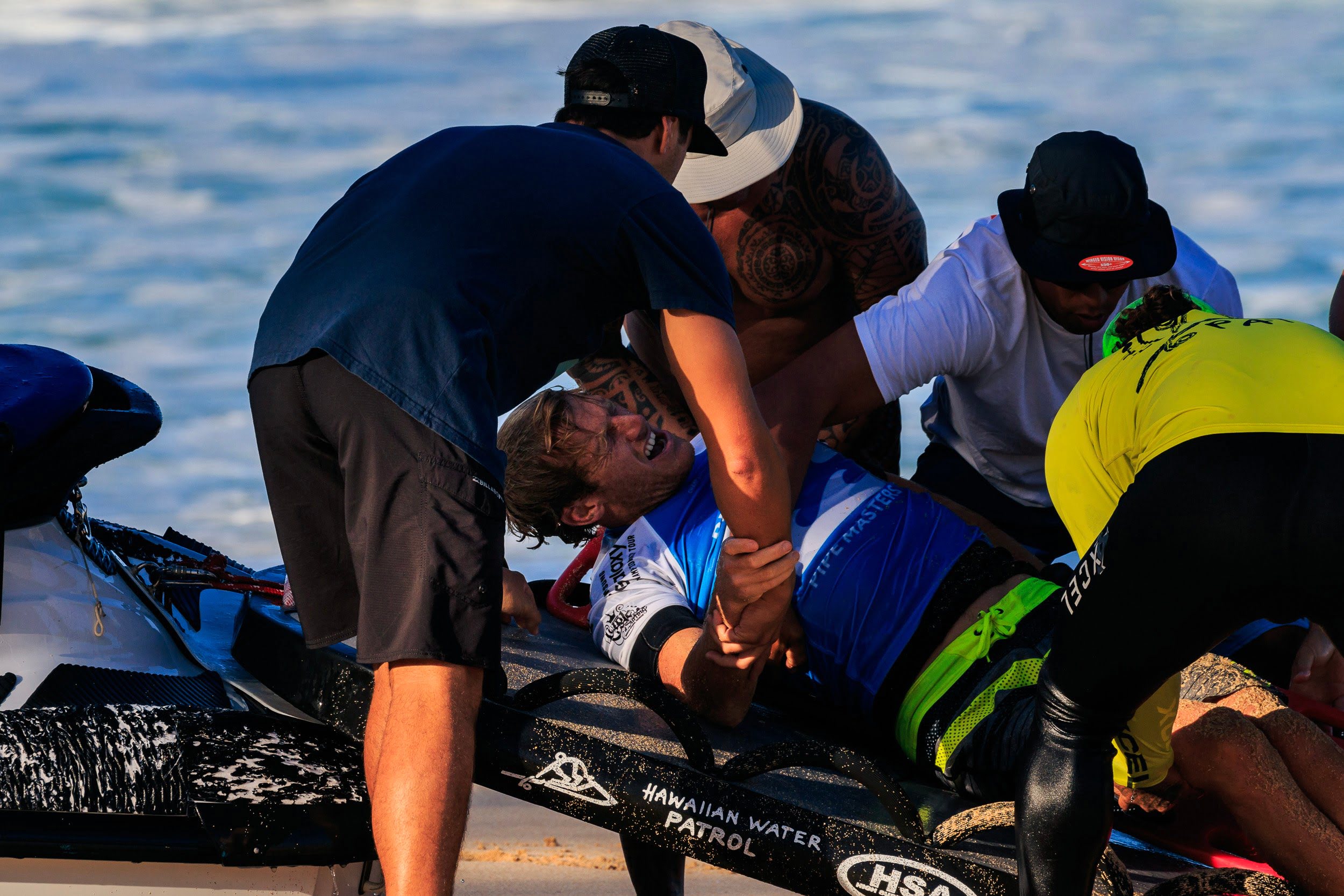 “I was going down the face when the wave came up with me and drilled me.” It slammed into my leg, twisting it backward, and causing my ankle to give way. My ankle was twisted, and it literally removed my foot from my ankle.” Tom Carroll, a two-time world champion, described the 2010 Waimea wipeout, which left him with a shattered leg and dislocated ankle. Carroll, on the other hand, is no stranger to conquering adversity. His board got trapped in the sand nose-first during a pre-contest shorebreak re-entry in Japan in 1983, and his rear foot fell off, putting the fin right up his an*s, resulting in 13 stitches.

At Waimea, Tom Carroll had a fractured leg.

“As I down the cliff, the wave caught up with me and hammered me mercilessly.” It slammed into my leg, twisting it to the side, and my ankle buckled. “It just removed my foot from my ankle,” says the narrator. Tom Carroll, a two-time world champion, described the 2010 Waimea wipeout, which left him with a shattered leg and a dislocated ankle. Carroll, on the other hand, is no stranger to injuries. His board got trapped in the sand nose-first in 1983 during a pre-contest shorebreak re-entry in Japan, and his rear foot fell off, putting the fin right up his an*s, requiring 13 stitches.

Martin Potter, a former world champion and currently a WSL analyst, was lucky to live after the nose of his board penetrated his stomach in 1997. Six inches of his surfboard snapped off, severing his abdomen and causing his intestines to protrude from the incision. He had 40 stitches and was out of the water for three months.