Types of Computer Processors: How to Choose the Right One 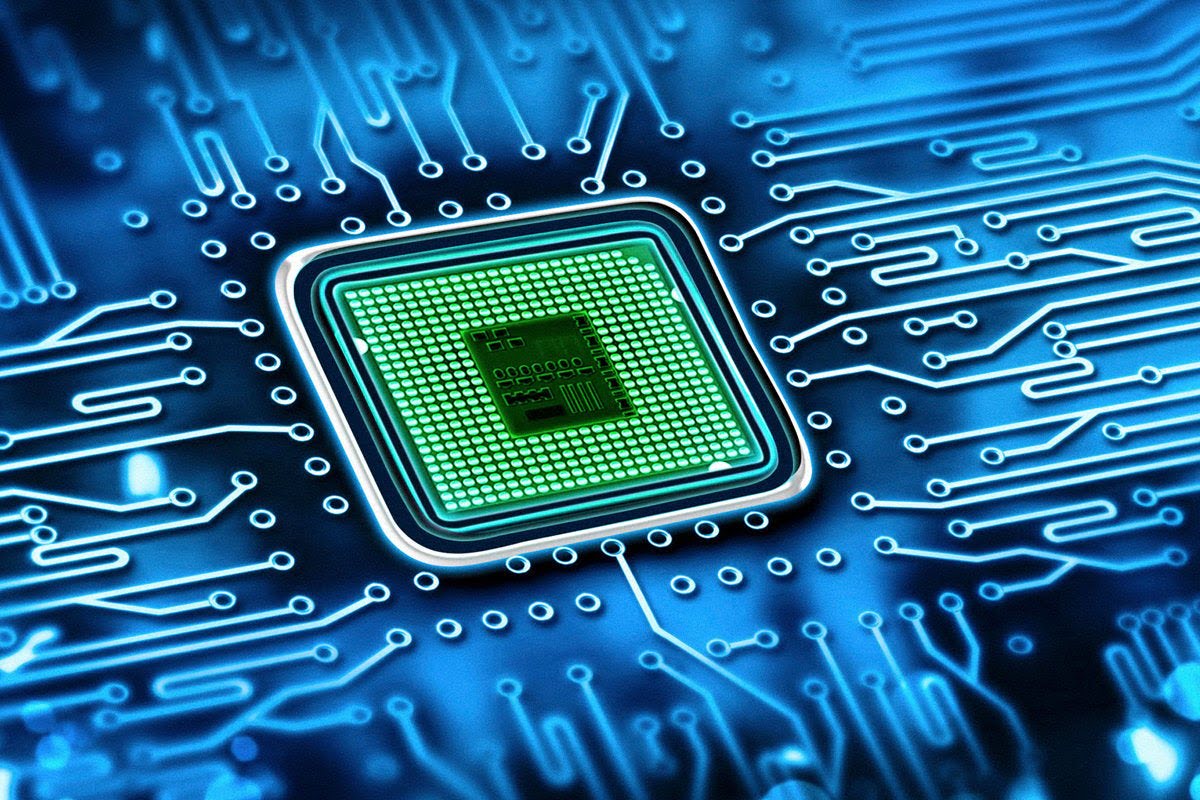 There’s a reason why the computer processor market size is worth an estimated $459 billion. The processor is often referred to as the brain of the computer. And, like the human body, without the brain, the computer ceases to work.

Despite their importance, many people aren’t familiar with the different types of computer processors. That’s why we made this article. In it, we’ll break down everything you need to know about your CPU and other processors.

We’ll even go over some of our favorite popular products that you can find on the market. That way, you get the processor you deserve and your computer runs as smoothly as possible. Let’s get started!

What is a Computer Processor and What are the Different Types?

The CPU was first introduced by Intel in the year 1978. Since then, it’s completely revolutionized the way we use computers. As we mentioned before, the CPU is often referred to as the brain of the computer.

This is because it’s responsible for processing instructions and then executing them. In the past, the functions of the CPU were too big for one chip. As such, manufacturers had to create multiple processors to divide these functions between.

However, these days most manufacturers can fit their CPU onto a single computer chip. This chip is mounted on the motherboard of the computer. When the CPU begins working it will generate heat.

The more demanding the task, the more heat the CPU will create. As such, it’s important to cover it with a heatsink. That way, the heat is evenly dispersed. As we mentioned before, the CPU is the main type of processor found in a computer.

However, it isn’t the only one. These days several other processors are used for specialized purposes. Not everyone will need these types of processors. However, they’re important for some practical uses. They include:

CPU Specifications You Should Be Familiar With

Now that we know more about processors like the CPU we can dive into some specifications that you’re likely to encounter when shopping for them. To start, let’s go over the differences between a mobile CPU and a desktop one.

To remain portable and keep power consumption to minimum manufacturers must make CPUs specifically for mobile devices like laptops, tablets, and smartphones. Sadly, they make it confusing naming them the same thing.

So, how do you tell if your processor is mobile or desktop? Pay attention to the suffixes. For mobile processors, manufacturers will typically label their product as U (ultra-low power), HQ (high-performance graphics), or HK for performance graphics and overclocking.

Similarly, desktop processors are labeled with suffixes like K (overclocking) or T (optimized power consumption). The next specification you’re likely to hear is Thermal Power Design.

This refers to the amount of power in watts that your processor will consume. A smaller Thermal Power Design means less high energy bills and less heat coming from your computer. Next, there’s the CPU socket type.

To properly hook up to a motherboard the CPU must be compatible with the board’s socket type. As such, you should make sure that they match properly. Next, there’s the L2 and L3 cache.

This is the amount of memory that your CPU has to operate. The more L2 and L3 cache you have the faster your computer will be. Finally, there’s the frequency of the CPU.

This refers to how fast the CPU can process data. In the past, before multi-core processors, this was one of the most important metrics.

And, while it isn’t as important, it’s still something you need to look out for. For example, a fast dual-core processor can beat a slow quad-core processor any day. As such, you shouldn’t just pay attention to the number of cores, but also the frequency that comes with them.

What Are Cores in a Processor?

Often you’ll hear processors described as having multiple cores. So, what does this mean? In the past, early computers only had one single processor. This helps explain why these computers were so slow.

Since they only had one dedicated processor they could only process one set of instructions at a time. So, to combat this problem manufacturers began introducing CPUs with multiple cores.

These days, you can find dual-cores, quad-cores, and octa-cores. A dual-core processor simply means that the manufacturer squeezed two CPUs onto one chip. However, soon multiple core processors might be a thing of the past.

Why? Because manufacturers like Intel have found a way to make a single processor act like two processors using something known as hyperthreading. As such, we can expect manufacturers to take advantage of this performance-improving method to save money.

What is Processor Speed?

The faster a processor’s speed is, the more quickly it can carry at your instructions. Processor speed also determines the number of commands that you can carry out at the same time.

Another name for processor speed is clock speed. The clock speed is measured using gigahertz.

How Can You Make Processor Speed Faster?

You might be wondering how you can make your processor speed faster. Well, there are multiple ways. The first way is to overclock your processor. This is the process of increasing the frequency of the processor until it’s past the standard specifications.

To overclock your CPU you will need to purchase one that can be unlocked. Some manufacturers make sure to lock their CPU so that you can’t overclock it. If you have a locked CPU, then sadly there’s no way to improve your processor speed.

Just keep in mind that this speed comes at a cost. When you overclock your processor it generates more heat. As such, if you aren’t able to dissipate this heat, then it can cause damage to your processor.

The other way to improve processor speed is by having multiple cores dedicated to it. However, you cannot add cores to an existing CPU. As such, you will need to purchase one that has it.

How to Choose the Right Processor for Your Needs 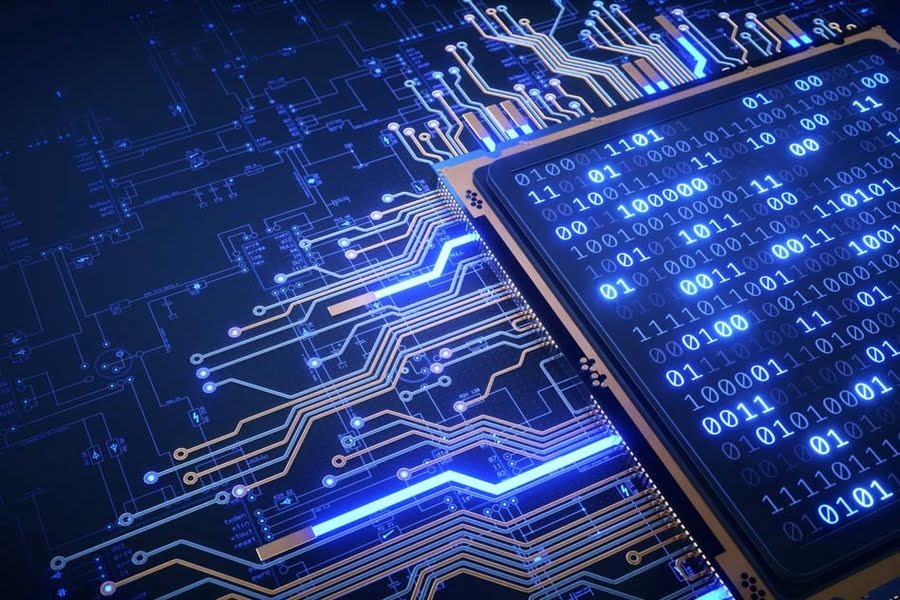 At this point, you’re probably wondering what type of processor is right for you. Sadly, there’s no easy answer to this question. This is because it depends on what you’ll be using your computer for. First, there’s the basic task range.

This is for people who use their computers for things like surfing the web, word processing, and spreadsheets. If you fall in this category, then an entry-level processor like the AMD Ryzen 3 1300X is what you need.

Typically, you can expect to spend between $50 and $100. Next, there are processors for gaming. If you plan on playing current generation games on your computer, then you will need a mid-level processor to handle it.

You can’t go wrong with an Intel Core i5, which costs between $200 and $300. Go now to this article to learn more about it. Just make sure to save some money for your graphics card which is just as important for gaming. Next, people are using their computers for creative media work.

This type of work, like video editing, requires a lot of speed. As such, we recommend something like the Ryzen 7 chip, which costs between $300 and $400. Finally, some people require some real muscle from their processors.

These are for individuals that often multitask with their computers. For example, they might be playing games while streaming. Or, rendering 3D animation. If you fall in this category, then you need a beast of a CPU. We recommend the Intel Core X. Just keep in mind that you’ll likely spend over $400 on it.

We hope this article helped teach you about the different types of computer processors. While the CPU is without a doubt the most important processor it’s important to remember that it isn’t the only one.

As such, you should make sure that you familiarize yourself with all of the different processors. Remember that a processor can make or break a computer.

Because of this, it isn’t something that you should skimp out on. Make sure that you’re going with a quality product that meets all of your computer needs. Just make sure to save some money on the other components of your computer.

Did you enjoy this article? If the answer is yes, then you’re in the right place. Keep exploring to find more topics that you’re sure to love.